ExoTwiin : the Door to the Metaverse

What is the first step to entering the metaverse?

That is the question Montreal-based entrepreneur Louis-Paul Baril set out to answer at the highly-anticipated Comicon last month at the Palais-des-Congrès.

The term metaverse is described as an evolution of today’s internet, centered around 3D worlds and online communities that interact through virtual reality headsets and digital avatars.

Louis-Paul’s newly-debuted business, ExoTwiin, is part of the digital avatar industry estimated to be worth $527 billion dollars by 2030 according to the MIT Technology Review–but with a few key differences.

Unlike its competitors, which tend to produce cartoony avatars, ExoTwiin’s final product is hyperrealistic, thanks to Louis-Paul’s 8-foot scanning machine and its 105 cameras that simultaneously capture your photo.

From there, customers can opt-in to upgrade their 3D picture into a professionally cleaned and rigged avatar through the ExoTwiin app, which was designed and developed in just 60 days by the HalfSerious team.

“It’s an entire experience walking up to the 360-degree scanning machine. When the lights flash before your eyes, it feels like you’re about to be transported into space,” says a disguised Comicon attendee just before he met his digital Twiin.

But there’s a reason other than showmanship for ExoTwiin’s machine: cyber security.

"In theory, I could take a photo of you, upload it to a standard avatar app, and claim that it's me. With ExoTwiin, that's simply not possible. To get Twiined, you need to present yourself. There is no way to impersonate someone else."

Louis-Paul makes an important point. With the increased popularity of virtual reality, it’s natural for people to be concerned of how safe the metaverse is.

But despite its promising potential and reassuring emphasis on security, many people doubt ExoTwiin’s viability.

Before its debut at Comicon, Louis-Paul says that 98% of people said that his idea is crazy, it’s useless and that it wouldn’t work.

That was until ExoTwiin set up its 8-foot machine on the first day of Comicon at booth #725.

“Does this mean I could play a video game as myself?”

“Can I use this exported file to print a 3D figurine of my son?”

“Could I program my avatar to appear in my Zoom calls?”

More than 70 people got Twiined at Comicon, and the overall feedback from the crowd was positive.

“A lot of people were asking where they can go to get Twiined after [Comicon], and we are still receiving inquiries about when we will open our first location, which will either be in Quebec City, Montreal, or Toronto,” says Louis-Paul.

Since Comicon, ExoTwiin has also become a member of the first Metaverse International Standards Alliance, which seeks to “build an open and inclusive metaverse based on interoperable standards”.

So to answer our initial question: what is the first step to entering the metaverse? Louis-Paul says it’s simple-all you have to do is come as you are.

To watch the trailer for the ExoTwiin x HalfSerious documentary, see below. 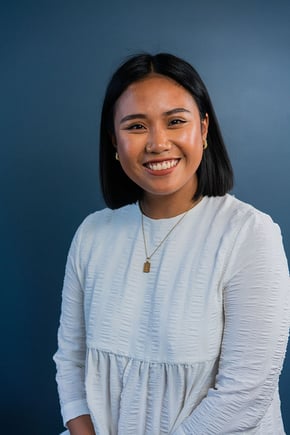 3 easy ways to implement automation at the law office

What if you could grant the gift of time to your employees while simultaneously earning more in revenue?
Start Reading